Supreme adjudication in Finland: From the Justice Department of the Governing Council to an independent Supreme Court

The Supreme Court of Finland was established in 1918, but its beginnings lie much earlier in history. In Europe, the establishment of superior courts began in the late Middle Ages and early Modern Times, thus coinciding with the increased concentration of political power in the hands of the Kings. The first superior courts in Sweden were the Courts of Appeal, originally intended to exercise the royal right of adjudication on the monarch’s behalf; the first of these was the Svea Court of Appeal, established in 1614. In practice, however, the Courts of Appeal became an intermediate judicial instance, as the old tradition of appealing directly to the King still remained. The Swedish Supreme Court as a separate entity was established in 1789.

When Finland was ceded by Sweden to Russia in 1809 and established as an autonomous Grand Duchy of the Russian Empire, the duties of the Supreme Court were entrusted to the Justice Department of the Governing Council (from 1816, the Imperial Finnish Senate).

The Justice Department had an important role in the development of the law especially in the first half of the age of autonomy, with the Estates not being convened at all during that time. The Governor General served as the chairman of the Justice Department.

The theory of separation of powers was not put into practice in old Europe. In the plenary sessions of the Senate, the Senators of the Justice Department participated in the exercise of executive power and legislative power alike. That said, the members of the Justice Department were the cream of the legal profession in Finland, many of them also serving e.g. as University professors at some stage of their careers. The Senators did not have tenure, but served three-year terms at the pleasure of the Czar of Russia, whose power of adjudication they represented. In practice, the dependence of their terms in judicial office on the Czar did not affect their status other than during the periods of repression (1899-1905 and 1908-1917), when also the composition of the Justice Department was interfered with for political reasons.

After independence, the 1918 Constitution of Finland was based on the principle of separation of powers. The Supreme Court was established as an independent court and its members were given tenure. The Supreme Court became the court of final instance in criminal and civil cases in Finland.

The constitutional status of the Supreme Court has not changed since 1918. That said, there have been many significant reforms, and the social and political context in which the court operates has changed time and again. For instance, the caseload of the Supreme Court in the 1930s was characterised by the forced sale and enforcement cases arising from the Depression, while the period of rapid construction and land development of the 1960s brought with it a great many civil cases relating to contracting disputes. The ever increasing case backlogs of the Supreme Court were addressed in 1980 by the introduction of the leave-to- appeal system, which meant that the Supreme Court became more clearly a precedent court.

The writer is a Docent in Legal History at University of Helsinki. 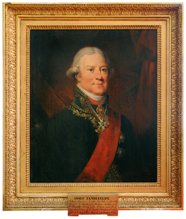